The Benefits of a modern Conservatory

Our conservatories are extremely modern which have been expertly designed to ensure that they will keep you warmer in the winter period while cooler in the summer. Our glass is specially premeditated to reflect sun rays away, which aids on keeping the room cooler. Meanwhile heat is reflected back into the room via a special coating within the glass, which maintains room temperature during the winter months. To enhance the glazing efficiency, there is an air cap between each pane of glass, which is Argon gas filled, which prevents cold air entering your conservatory, reducing energy bills, meaning that you will require less radiators or conservatory heaters, to heat up your conservatory.

Though each conservatory is bespoke in design, we generally use a configuration of the general conservatory styles list below. 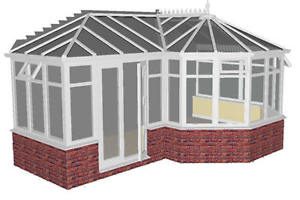 The Victorian conservatory incorporates a bay window at the front, a large pitched roof with an ornate ridge. Designed with modern materials such as uPVC or aluminium, which will be built to last. 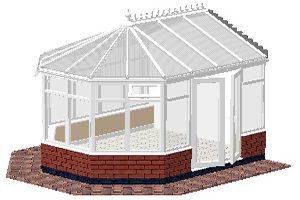 The Edwardian conservatory has a symmetrical design, clean lines, with a square corners, combined with a sloping front roof. The central ridges create a vault feeling within the roof space. Combined with our beautiful glass conservatory roof, natural light is flooded into the room, offering spacious, airy, relaxing room.

On occasions when there are height restrictions, such as a bungalow, then a double hipped version of this Edwardian conservatory provides a box gutter on the house wall, where the roof slopes back towards the house. 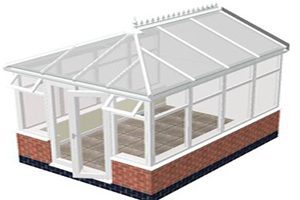 The Lean-to conservatory is ideal for properties which have restricted space under the eaves such as bungalow, or when restrictions make it difficult to accommodate another conservatory type. This is due to the roof pitch on the lean-to conservatory can vary, where a shallow pitch can fit under a low bungalow roof, or a steep roof for a terraced style house.

Lean-to conservatories are also known as sunrooms, bringing a Mediterranean feeling to a home, drawing the winter sunlight in to the room then converting this light into heat via the conservatory glass roof. This conservatory is the simplest of all styles, providing maximum space in a striking style. 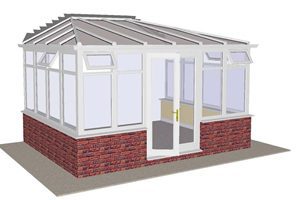 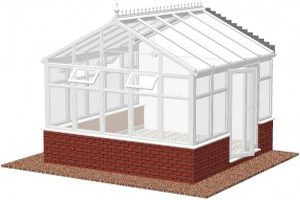